Frustrated that he cannot get a confession from Warren Stacy (Gene Davis) a serial killer who he knows is guilty, Leo Kessler (Charles Bronson) plants evidence to get an arrest. However, when his partner finds out, Kessler realizes he made a huge mistake and confesses to the judge of his misconduct. Kessler is fired from the police force, and Stacy goes free.

Stacy, in revenge targets Kessler’s daughter, Laurie (Lisa Eilbacher) but winds up murdering her three roommates instead. When cornered naked in the street by Kessler, Stacy says he hears voices, noting he can plead insane and he will one day be free again. Kessler says “no you won’t” and shoots him in the head in front of the police. This act saves his daughter from harm, but puts his freedom into question, considering he killed a unarmed man in cold blood. 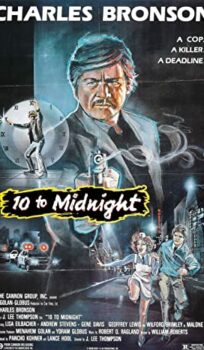