Patrick Heller (Brian Markinson) wanted revenge on everyone he blamed for the death of his wife Diana, and that included EMT Nick Malloy (Randy Orton) who failed to save her. Thus, Heller makes Malloy play his game of “12 Rounds” using the threat of violence against his wife Sarah (Cindy Busby) to make him cooperate.

During the game Heller directly or indirectly kills everyone who had a role in his wife’s death; Tommy (Tom Stevens) the son of the governor that drove drunk and caused the accident, the valet that allowed Tommy to drive that night, the lawyer that got him a reduced sentence, the judge that allowed the plea bargain, the cop that destroyed evidence, and Governor Weaver, Tommy’s father, who used his wealth and connections to make the charges go away.

At the end of the night Heller ties up Nick and Sarah in his SUV that is rigged with a bomb. Heller intends for the three of them to die together. However, Nick breaks free, fights Heller and is able to make an exit for him and his wife before the bomb goes off, killing Heller. 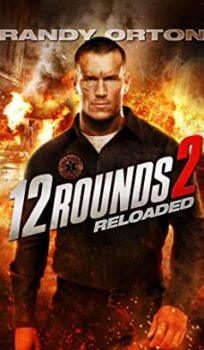