Solomon Northup (Chiwetel Ejiofor) tells Bass (Brad Pitt) of his situation. Bass, out of the goodness of his heart sends a letter detailing Solomon’s circumstances to Solomon’s lawyers.

Sometime later, they come to Edwin Epps’s (Michael Fassbender) plantation and declare Solomon a free man, much to Epps’s dismay.

Solomon has a tearful reunion with his family.

Text tells us that Solomon tracked down the men who sold him into slavery, but they escaped prosecution. Solomon wrote a book about his experiences, became an activist in the Abolitionist movement, and assisted in the Underground Railroad. No one knows how he died. 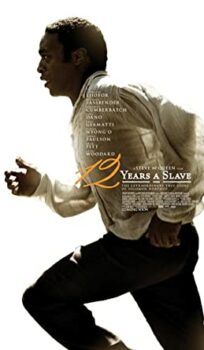