Ralph (Robert Downey, Jr.) and Scott (Kiefer Sutherland) are best friends who are also anti-war activists.  They attend college only to avoid the draft, but those plans are ruined when Ralph flunks out.  That summer, they plan on going on a road trip and become hippies.  Ralph wants to get high all the time, and Scott just wants to get laid.  They go on several trips, but they always return to their hometown in Maryland, which has shielded itself from the outside world.

After returning to town after one of their trips, Ralph is arrested for breaking into the selective service office and attempting to steal his draft file.  He also found Scott’s file, and he will become draft-eligible once he graduates from college.  Despite his best friend being in jail, Scott still wants to travel.  He also catches the eye of Beth (Winona Ryder), Ralph’s sister.

Scott finally loses his virginity to Beth, who joins him on his latest road trip.  When he reveals that he plans to dodge the draft and flee to Canada, she is able to talk him out of it and return to the US to let his anti-war feelings be known to everyone.  When they return, they learn that Alton, Scott’s brother, was killed in Vietnam.  At his funeral, Scott gives an impassioned anti-war speech, and he and Beth then announce that they plan to peacefully march to the courthouse and get Ralph released from jail.  The entire town joins them, and the sheriff releases Ralph from jail.

During the epilogue, Scott says that the entire town later traveled to Washington and participated in an anti-war rally. 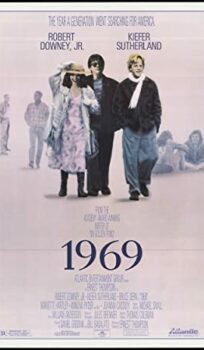