The movie tells the story of Marion (Julie Delphy) and Jack (Adam Goldberg), a couple that is traveling through Paris for 2 days before they return to New York. Marion is French and a photographer. Jack is American and a interior designer.

Marion begins to frustrate Jack because Marion’s parents (who live in the apartment below theirs) are very odd, they keep running into Marion’s old boyfriends, who she never told Jack about, and because he doesn’t speak French and feels left out of many of the conversations. Jack is frustrating Marion because he’s usually in a bad mood, is constantly taking pictures, and becomes increasingly suspicious of Marion.

On the second day, Jack finds Marion’s cellphone and sees that she has a bunch of old hot and heavy text messages from one of her old boyfriends. He thinks she’s having an affair and she tells him that they only dated before she met Jack, and that she’s never cheated on him. They separate and meet again later that night, and they both realize that they don’t really know each other. They have a long discussion, and Marion almost breaks up with Jack, but in the end, they decide to stay together 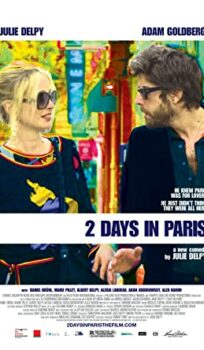