Most of the movie deals with co-pilot Tobias Ellis (Joseph Gordon-Levitt) having had to step up as pilot of the plane he was flying along with pilot Michael Lutzmann (Carlo Kitzlinger) after the latter is murdered by a terrorist hijacker, and struggling to maintain the situation under control, while fending other hijackers, keeping them from accessing the cockpit and having been slightly injured himself in the original cockpit attack.

The youngest member of the hijacking group, Vedat (Omid Memar), gets to enter the cockpit after Kinan (Murathan Muslu) -the one who killed Michael- lets him in, having released himself from his restraints and subdued Tobias. However, Vedat starts freaking out over the weight of what he got himself into and kills Kinan, who was determined to crash the plane. Then, he releases Tobias and, after some convincing, they work together and land the low-on-fuel aircraft in Hannover.

The rest of the passengers, who managed to defeat the other hijackers, get to escape the plane safely. A Police Negotiator tries to end the situation safely, but Vedat grows more and more unhinged -things seem to take a particularly dicey turn after his own mother calls him by phone and he unravels, expressing his desire to “just go home”-. Eventually, when it looks like Vedat will kill Tobias, Police get the upper hand and shoot him.

As they are both finally extracted from the cockpit, Tobias pleads for medical help for Vedat -it is unclear whether he was killed- and sees the body of his murdered girlfriend, flight attendant Gökce (Aylin Tezel). The film ends with the dark, abandoned airplane, as Vedat’s cellphone starts ringing again. 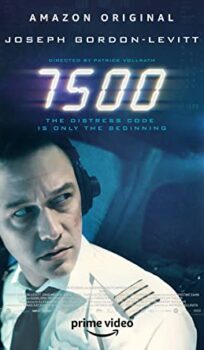