The Man (Ben Kingsley) had no intention of letting the four terrorists he wanted released to get away alive. He had planned to kill them all with the bomb he planted in a small plane. However, two police officers who are unwilling to let the fourth man leave, detain him, so only three of the four are killed.

The Man tells DIG Morris Da Silva (Ben Cross) his true intentions; to outright kill the four men as a direct means of stopping terrorism. Seeing how terrorism hurts the innocent, yet the authorities do little, and the people “forget”, The Man decided to take a more direct route. He orders the two officers to kill the fourth man, or the bombs he planted will go off. After some hesitation, they do so. The Man reveals to a reporter he had contacted the locations of the bombs and that they ultimately were all fake. He had never planned on hurting any innocents.

Da Silva is within grasp of finding out the location of The Man, only to see his fellow officers sabotage the evidence, apparently convinced and condoning his behavior. Da Silva, using one clue, tracks The Man down to a train station and forces him to speak to confirm his identity. The Man notes that it has been a “nice, quiet day” and gets on the train without Da Silva doing anything. He too has decided that the actions of The Man were justified and lets him go. 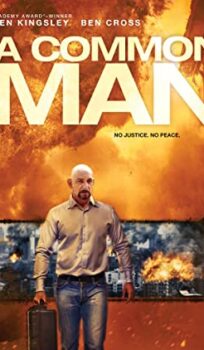