A young executive named Lockhart is forced to travel to Switzerland to bring back the CEO of his company after he has failed to return from a spa break. Lockhart must stay at the spa following a car accident.

Lockhart learns that the spa’s director, Volmer, is performing evil experiments on the patients, making them think they are unwell and in need of a cure. Lockhart also meets Hannah, a young woman who is deemed a “special case”.

It turns out that Volmer is an old baron that lived in the castle that later became the spa. He impregnated and married his sister to preserve their bloodline, and the villagers killed his sister and cut out her baby. The baby survived and grew up to be Hannah. She is Volmer’s daughter, and he is preparing to rape her after she has her first menstrual cycle. Lockhart saves Hannah and they both kill Volmer. They escape the spa together and ride off to an unknown destination. 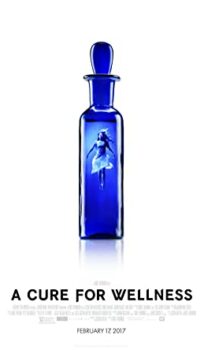