Joe (Corey A. Thrush) is a simple construction worker living a dead end life. Working long hours surrounded by coworkers that hate him for apparently no reason, Joe is quite depressed. After his girlfriend, Anna, leaves him, he feels even worse. Going out to a bar one night, he meets and apparently charms Maria (Lorin Dineen), getting her number and a kiss.

However, she never responds to any of his texts or attempts to call her. Months later, Joe confronts her on the street, only for Maria to tell him off for being creepy and clingy, and to lose her number. Joe’s obsession and anger grows however, resorting him to pick up a prostitute. He calls the girl Maria, and proceeds to have violent sex with her, ending with him striking her several times.

This attempt of transference fails, and Joe decides he needs the real thing. He knocks Maria out as she is outside her house talking to a friend on the phone. He takes her inside, ties her up and rapes her (off screen). When she wakes up, Joe yells at her for ignoring him. A police officer comes to Maria’s house due to her friend calling the cops. The cop finds Joe on top of Maria about to stab her. The cop shoots Joe, and frees Maria.

The film ends with Joe narrating that he was sentenced to 10 years in a mental hospital for his actions. He realizes now that he has a mental sickness and now is content to never pass it onto a wife and child. One day, Joe gets a visitor. A hooded female (inferred to be Maria) tells him she’s pregnant then walks away. Joe pounds on the glass and screams “NO!” 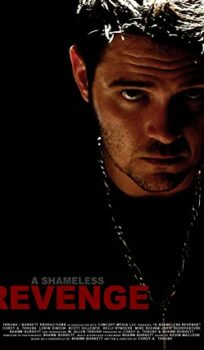