Single mom Stephanie Smothers (Anna Kendrick) befriends the mysterious Emily Nelson (Blake Lively)when they have their sons, Miles and Nicky, play together. Emily lives with her husband, one-time author Sean Townsend (Henry Golding), and she says they are on the verge of bankruptcy.

Emily calls Stephanie to pick up Nicky from school, and Emily vanishes soon after. Days later, Emily’s body is discovered in a lake, thought to be the result of a drug/alcohol overdose. Stephanie moves in with Sean, but soon suspects that Emily is still alive due to Emily leaving a crude message for her after she learns that Stephanie and Sean had sex.

Stephanie digs deeper into Emily’s past and finds out that she is a triplet, although one sister died in the womb. Emily’s real name is Hope McLanden, and she and her twin sister Faith burned the east wing of their home down with their abusive father inside. They disappeared and didn’t see each other for 16 years until Faith, now a junkie, contacted Emily to try and blackmail her, but Emily killed her and used Faith’s body to be found so that Sean and Nicky can collect a $4 million life insurance policy off of Emily. Stephanie attempts to use this information to screw over Sean since he told Emily that he didn’t care about Stephanie after the sex, and Emily attempts to re-emerge to the public by claiming that Sean abused her and forced her to fake her death for an insurance fraud scheme.

Stephanie later changes her mind and conspires with Sean to get Emily to confess to the murders of her father and sister. Emily catches onto their scheme and shoots Sean in the shoulder, but Stephanie reveals that she had a hidden camera on her, and her vlog viewers have seen Emily confess. Emily tries to escape, but she gets rammed by a car driven by Darren, a fellow parent whose kid goes to school with Miles and Nicky. Emily is arrested.

Later on, Stephanie’s vlog hits one million viewers, and she starts a part-time detective agency. Sean makes another successful book and gets a new job, now living with Nicky peacefully. Emily is sentenced to 20 years in prison, but she adjusts to prison life just fine. 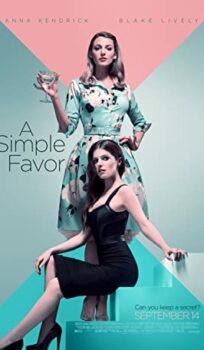