The Willis family moves to Hanover from France when Channe (LeeLee Sobieski) and her adopted brother Billy (Jesse Bradford) are adolescents.  Due to their foreign status, they are immediate outcasts.  In an effort to fit in with the other kids, Channe becomes sexually promiscuous with several boys in school.  However, they tease her later on, saying she’s “easy.”  Billy closes himself off, choosing to watch TV during the day instead of socializing.

One day, Billy gets beat up by some boys in the locker room, but a young man named Keith (Harley Cross) comes to his rescue.  Billy and Channe befriend him, and Keith and Channe begin dating.  Keith genuinely likes Channe, but is also enamored with the ways of her family, particularly after learning that her father Bill (Kris Kristofferson) doesn’t mind them having sex, as long as they aren’t doing it in the back of a car.

Bill’s health is getting worse, and one day, Channe and Billy come home to find Bill going to the hospital, Marcella (Barbara Hershey) by his side.  Channe dutifully types Bill’s novel while he’s in the hospital, because Bill knows he doesn’t have much time left.

During New Year’s, Channe decides to go to a party with Keith, with Billy, Marcella, and Bill staying at home.  Marcella tries to persuade Billy to go out, who refuses.  She then tries to persuade Channe to stay home, who also refuses.  Marcella is angry with Channe, saying that she is selfish, not wanting to be with her father, knowing that this will probably be their last year together as a family.  Channe leaves for the party, but midway, she has doubts.  She tries to tell Keith to turn back and go home, but Keith feels it is a bad idea.  When they arrive at the party, Channe immediately calls home and speaks to Bill.  She apologizes and tells him that she wishes she was home.

That fall, we see Channe and Billy lying in bed together one night (not sexually).  It is implied that Bill has passed away, and Channe and Billy are mourning him.  Marcella spends her days on the couch, crying and listening to jazz.  One day, she tells Billy that his birth mother (Virginie Ledoyen) had a journal for him, and Bill had wanted him to see it.  The journal details the loneliness of her pregnancy, and how much Billy’s mother loved him.  Channe and Marcella tell Billy to go back to France to meet his mother.  Billy rebuffs them at first, but it is clear that’s he’s considering it.  Channe and Marcella turn on some samba music and dance towards the pier, in a rare moment of happiness for them following Bill’s death.  Billy thumbs through his mother’s journal, stopping on a page reading how “she hopes her son is loved, as that is his right.”  Billy then closes the journal and joins his family. 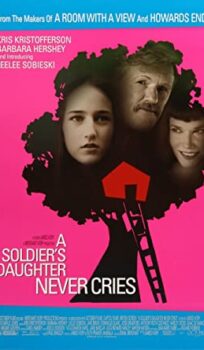