Jack McCall (Eddie Murphy) is a literary agent who uses his mouth to get various book deals, and isn’t afraid to stretch the truth to get them. While trying to get a book deal from a new-age self-help guru named Dr. Sinja (Cliff Curtis), the guru sees through the lies and curses Jack by placing a Bodhi tree in his backyard with 1000 leaves. With every word Jack says, a leaf falls off the tree. When the tree runs out of leaves, the tree will die and so will Jack. Even words that Jack writes count towards the 1000. Also, anything that happens to the tree will affect Jack. When Jack tries to cut it down with an axe, an axe wound appears on him. When squirrels climb the tree, it tickles him. When a gardener tries to poison it with DDT, Jack gets high on the fumes.

With Jack forced to pick and choose his words, communicating with others becomes difficult and full of misunderstandings. These misunderstandings cost him two book deals, his job, and his wife Caroline (Kerry Washington). She walks out on him when she thinks his sudden silence is due to him not loving her anymore. When he tries to explain the tree to her, she doesn’t believe him. Only Jack’s assistant Aaron (Clark Duke) realizes he is telling the truth, and goes to Jack’s house to keep track of how many leaves are remaining.

With his life falling apart and the tree running out of leaves, Jack goes to Dr. Sinja and asks how to end the curse. The guru tells him to make peace with all of his relationships. With just one branch of leaves left, Jack tries to reconcile with Caroline, but she’s still hesitant towards him. He visits his mother (Ruby Dee), who lives in an assisted living center and has dementia. She tells Jack (who she thinks is Raymond, Jack’s late father) that she wishes Jack would stop being angry at his father for walking out on them when he was a kid. Jack, realizing that this is the relationship that needs the most mending, goes to visit his father’s gravesite. With only 3 leaves remaining, Jack tells his Dad, “I forgive you.” With no leaves remaining, Jack collapses and appears to have died.

Jack’s cellphone rings, and it’s Aaron. He tells him that the tree’s leaves have magically reappeared. Jack, who is still alive, asks if any leaves are falling off, and they are not. Jack can now speak freely again. Realizing he has a new lease on life, Jack makes a last ditch effort to get back Caroline by buying the house she always wanted but he didn’t. It works and they get back together. He doesn’t get his job back (Aaron was promoted to Jack’s old position), but he wrote a book about the experience and gets Aaron to make the deal. The movie ends with Jack giving Aaron a branch of the Bodhi tree. 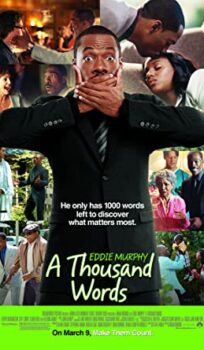