Nathan (Taylor Lautner) was never abducted. His father is one of the CIA’s best agents. When Nathan was three, his mother was killed and the CIA placed him with protectors/guardians to raise him so his father could continue his CIA work.

Bad guys were attempting to flush out Nathan to use him as leverage against his father. Nathan’s guardians are murdered, and he goes on the run with his girlfriend Karen (Lily Collins).

In the end, the bad guys are caught or killed, Nathan finally gets to speak to his father, and Dr. Bennett (Sigorney Weaver), Nathans’ Shrink, who is actually a CIA placed guardian, takes him in.

Nathan and Karen happily sit together in an empty baseball stadium. 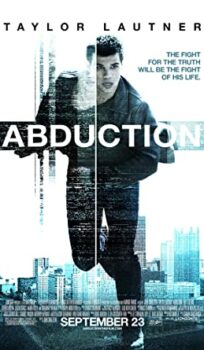