In the near future, massive power surges start having devastating consequences around Earth. Astronaut Roy McBride (Brad Pitt) is informed that his father, renowned astronaut H. Clifford McBride (Tommy Lee Jones), may still be alive after previously heading out into space for The Lima Project, which was meant to detect other intelligent life. Roy is tasked with finding Clifford after the Lima base was detected on Neptune.

Roy joins a crew to a base on Mars so that he may send messages to Neptune in an attempt to communicate with Clifford. He is taken off the mission when he tries to appeal to Clifford emotionally. The base’s director, Helen Lantos, shows Roy a video that reveals Clifford went mad on the base and killed his crew after they mutinied and tried to go back to Earth. Roy gets on the ship heading to Neptune, and the crew gets killed as they try to detain him.

Roy makes it to Neptune and finds the Lima base, which he plans to destroy with a nuclear payload. He finds Clifford, who still hasn’t given up hope that the project could be a success. As they try to head back, Clifford instead chooses death by drifting away from Roy into space. Roy carries on and destroys the Lima base, which helps him get back home.

Roy concludes that humans are the only intelligent life, and it inspires him to stay connected to those closest to him, including his wife Eve (Liv Tyler). 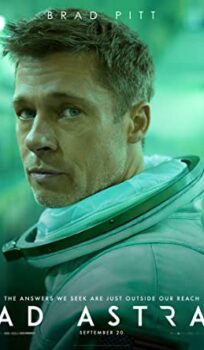