When people die they spend a week in a station between life and afterlife, where advisors help them choose and then recreate one memory from their lives in which to spend eternity. The memory they choose is the only memory they can take with them. The advisors were once living people themselves but could not or would not choose a memory in which to exist for eternity.

Shiori is a new and young advisor. Her mentor is Mochizuki, who died during the Second World War. With the other advisors they deal with a group of newly dead which includes Ichiro Watanabe, a widower who cannot choose a memory, and Yusuke, who refuses to choose.

Ichiro eventually chooses a memory of his wife Kyoko, whom he realizes was Mochizuki’s fiancée before Mochizuki’s death. Mochizuki discovers that when Kyoko died she chose a memory of him, Mochizuki. He decides to take the moment of this discovery as the memory in which to spend eternity, and leaves the station. Yusuki does not choose and stays at the station, where with Shiori he will serve as an advisor to the newly dead. 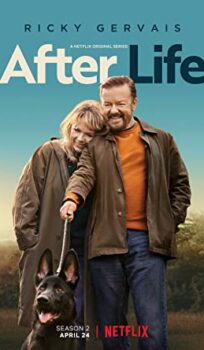