After several attempts to fix Cartwright’s (Djimon Hounsou) sleeping chamber fail, Bauer (Norman Reedus) suggests they remove one of the people in cryogenic sleep so Cartwright can have their place. Cartwright refuses and realizes there is a nearby facility. With time and air running out, Cartwright heads there to realize everyone has been dead for a long time. The computer, who has told them everyone checked in for years, was apparently designed to lie to them about the statuses of the other facilities so they didn’t lose their sanity.

When Cartwright returns, Bauer refuses to let him in as he watched the security camera, and realized Cartwright almost let him die when they tested his sleeping chamber and Bauer nearly suffocated. Cartwright breaks back in with the help of Abby (Sabrine Holt), a hallucination of his wife. It is revealed she is  actually one of the people in stasis, and is why Cartwright took his job so seriously. Bauer tries to kill Cartwright, then finally uses the threat to kill Abby to make Cartwright come out. Cartwright injects him a fatal dose of morphine. With minutes before their allotted air runs out, Bauer forgives Cartwright and tells him to “take care of his girl” before dying.

An undetermined amount of time later (implied to be decades), the poisonous air has dissipated on the surface, allowing for humanity to rejoin the world. All the chambers open, and Cartwright reunites with Abby for real. 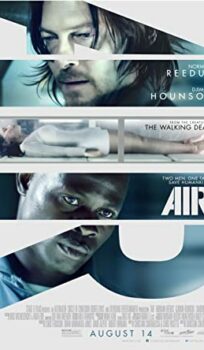