Doug (Colin Hanks) is a disturbed stalker who’s got his sights set on Amy (Ana Claudia Talancon). He rigs her entire house with hidden cameras and observes her day and night, slowly insinuating himself into her life.

When Amy’s friend Jen starts to get suspicious of Doug, he follows her to the park after she agrees to look for Amy’s missing dog (Amy is in crutches due to an accident) and kills her after a brief struggle.

Eventually, Doug and Amy fall for each other and have sex, but Doug is unable to function properly, which sends him over the edge. At the same time, Amy discovers the hidden cameras inside her room. Doug chases the terrified Amy into the bathroom and confesses his “love” for her. She tries to talk to him and calm him down, but fails: they end up fighting and Doug strangles her to death.

The final scene shows Doug stalking another girl with his video camera – just as he was doing with Amy at the beginning of the film. 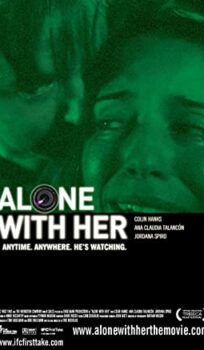