Based on a True Story…

After a drug dealer, Johnny Truelove (Emile Hirsch), and Jake “Mazursky” (Ben Foster) have a fight over 1200 dollars owed to Truelove, they get into a little bit of a battle. Mazursky steals Truelove’s car. Truelove gets Mazursky fired from his job that he very much needs since he is on probation. Mazursky breaks into Truelove’s house steals his tv and craps on his floor. Truelove wants to get back at him so while driving, he sees Mazursky’s brother and decides to kidnap him.

After the deed is done, Truelove is confused on what to do with him so he tells Frankie (Justin Timberlake) to watch over Zack (Anton Yelchin). Over the next 2 days together, Frankie and Zack get together rather well. Frankie introduces him to girls and his friend Keith (Chris Marquette). They get Zack high and drunk in the 2 days spent together.

Then Truelove gets word that if they get caught, they could be looking at life. So Truelove comes up with the idea of killing him but plays it off as a joke after Frankie is completely against the idea. Truelove then tells Frankie that he is sending Elvis (Shawn Hatosy) AKA his biatch, to drive Zack home. When Elvis gets there, he tells Frankie the plan (which is to kill Zack) and threatens that if he doesn’t help, Truelove will get him some how. So Frankie, Elvis, Keith (who just happened to really be needing a ride home), and Zack all get into the car. They drive to a desert and all exit the car. Keith, who helped dig the hole for Zack, decides he can’t do anymore so he hugs Zack and hides in the car. Zack who is confused follows Elvis and Frankie. When Zack gets up to the top of a cliff and sees a person sized hole dug, he starts to cry and beg for his life. Frankie swears that nothing is going to happen as he ties him up and tapes his mouth shut. Then Elvis hits Zack over the head with a shovel. He falls into the pit crying even more. Then Elvis takes out a gun and shoots him many many many times.

They all get caught.
Elvis gets the death penalty.
Frankie gets life in prison without parole.
Keith is kept until his 25th birthday.
And Johnny Truelove ran to South America. He was caught in 2005, almost 5 or 6 years after the incident. He is currently attending trial….

Mazursky owed a great deal to another drug dealer and didn’t even attend his brother’s funeral. 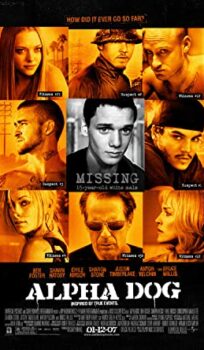