The Man (Til Schweiger) didn’t kill Archer’s (Ron Eldard) son. Archer realizes this via a missing tattoo the killer had on his wrist and protects him from The Agency. During their time together, The Man tells Archer he has a son of his own, and Archer is horrified he almost left a child fatherless.

Dr. Heller (Christopher Plummer) and The Detective (Patrick Kilpatrick) are behind The Agency. It was a scam. They never tracked down any criminals. They just kidnapped unrelated criminals from the streets and let them be killed by grieving victims who would pay any price to get justice. In the process of staying alive, Archer and The Man kill The Detective and all his other men. The Man kills Heller and tells Archer to go home. Archer goes home to start grieving his loss and move on.

Unknown to Archer, The Man, feeling sympathetic to Archer’s situation, tracks down the real killer of Archer’s son (it was implied The Man is an underworld hit man). The Man brims with rage as he questions the killer. “Do you know what you did to his family? You know what you almost did to MINE? You little fuck.” The Man shoots the killer in the head and then disappears. 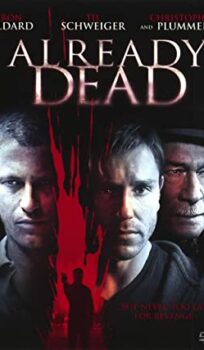