An American Werewolf in Paris(1997)

Serafine (Julie Delpy) turns out to be the daughter of David and Alex from An American Werewolf in London. Her stepfather tried to control her transformations into a werewolf with a serum, but it backfired horribly when the serum only managed to cause her to immediately transform, regardless of the moon’s stage.

The wolf pack steals the serum and throws another one of their ‘parties’ to lure hapless American tourists into a death trap. Serafine and Andy (Tom Everett Scott) break into the party, rescue many of the tourists, and set Brad’s ghost free after killing the werewolf that had killed him.

They chase the surviving werewolves into the catacombs and separate. Serafine injects herself with the serum in order to fight one of the werewolves. She kills him, but is then shot by Andy, who didn’t know that she had transformed. She turns back into a human but is still alive. Andy leaves her so the police will take her to the hospital and chases Claude, the last werewolf. They end up on a train in the Paris underground, where Claude has turned back into a human because his serum ran out. Andy realizes that Claude was the one that turned him into a werewolf and the two fight over Claude’s syringe, which he is trying to use to transform again. Andy is accidentally injected with the serum after falling on the needle, turns into a werewolf, kills Claude, and eats his heart (which will supposedly set him free of the curse).

“Several full moons later” … Serafine has apparently been cured, too. She and Andy bungee jump off of the Statue of Liberty in a wedding dress and tuxedo, respectively, and exchange rings as they fall. 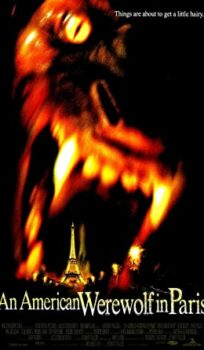