Hyun-ki (Lee Dong-wook), the rookie partner of So-Young (Song Yoon-ah) is the killer. He tricked the men into smoking acid laced cigarettes that simulated heart attacks. The men in question where a group of friends who had raped Hyun-ki’s first love Min-jeong. Hyun-ki was coerced into filming her rape, morally weak and emotionally hurt that Min-jeong loved another. Min-jeong’s boyfriend arrived and is accidentally killed by the men while Hyun-ki escaped. Min-jeong became pregnant due to her rape, but the police captain, apparently in the pocket of the families of the boys, traps her in the salt house and buries her alive in salt.

Hyun-ki forces the man to uncover Min-jeong’s corpse as So-Young arrives. Hyun-ki attempts a suicide by cop, but So-Young refuses, saying he must live with his crimes. Hyun-ki feels he will be unable to do so, and guilt ridden by not helping the girl he loved, commits suicide, while the police captain is arrested for murder.

Min-jeong is put to rest, and So-Young, in solving the case, apparently finds some closure in her own rape and begins to finally write her novel. At the end of the movie, So-Young’s rapist, who never faced justice, checks into a hotel. As he walks away from his laptop, he gets Min-jeong’s cursed video. The film cuts to black as the man’s screams are heard, as he too is killed. The implication is that the spirit of Min-jeong, sympathetic to So-Young’s plight and thankful to her solving her murder, has decided to make sure So-Young gets justice of her own by killing her rapist. 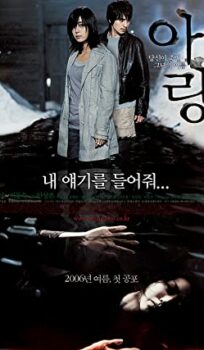