SHORT VERSION:
Nisi (Halle Berry) and Mickey (Natalie Desselle) grow close to Donald (Martin Landau), his butler Manley (Ian Richardson), and his lawyer Tracy (Troy Beyer) during their stay, and come to feel guilty over deceiving Donald. One night, Manley flies in their ex-boyfriends Ali (Pierre) and James (A.J. Johnson) so they can work things out with them, and after the guys prove that they are no longer irresponsible, the girls take them back. However, moments later, Donald’s health suddenly worsens and he is taken to the hospital. There, Nisi tries to tell him the truth about who she is, but he gently quiets her, and then dies. The girls then find out from Tracy that he knew all along that Nisi wasn’t Lily’s granddaughter because Lily never had any children.

The next day, as the girls are about to leave to go back to Georgia, Tracy summons them – along with Manley and Donald’s unscrupulous nephew Isaac (Jonathan Fried) – into the living room to go over Donald’s last will and testament. Nisi, Mickey, and Manley find out that Donald has named them as his heirs, with Isaac getting nothing. The girls open up their dream hair salon/soul food restaurant, which they name “Lily’z”, Manley becomes their publicist, and Ali and James open up a luxury cab service next door.

LONG VERSION:
Isaac’s plan to secretly milk his uncle Donald out of his fortune is foiled after Antonio (Luigi Amodeo), one of Donald’s servants and Isaac’s accomplice, is busted by Nisi and Mickey when he tries to rob Donald’s mansion one night. Isaac shows up amidst the commotion, and Antonio asks him to help him out, telling him that their plan could still work because they could frame the girls for his attempted robbery (Mickey’s fingerprints had touched the door of Donald’s safe when she and Antonio were hanging out there together earlier on). Isaac, of course, pretends like he doesn’t know what he is talking about and calls the cops on him, who subsequently take him to jail.

Donald’s lawyer Tracy drops by the next day, and after telling Nisi and Mickey that she will defend them if anyone accuses them of any wrongdoing pertaining to the events of last night, she tells Donald that Isaac has filed a document of incompetency against him (his “Plan B”, if you will). He provided his lawyer with photos that he secretly took of Nisi and Mickey hanging out with Donald, and he claimed that Donald befriended the girls after he caught them trying to break into his home, and then moved the girls in and allowed them to rob him blind. Donald chats with the girls, saying that he knows that Isaac brought them here for his own selfish reasons, but he wanted to know if Isaac promised them a fee for being here. They deny it, saying that they were here because they wanted to be (which was now true, because they had come to really like Donald and were feeling guilty over deceiving him). He tries to give them each a check for $50,000, but they tear them up and reiterate that they want to be here.

That night, Nisi tells Mickey that they must fess up to Donald and then head back to Georgia because the guilt was becoming too much for her to bear. However, that same night, they find out that Manley had flown in their exes Ali and James so they can talk things out with them face to face, after he had become involved in a fight over the phone between Nisi and Ali earlier in the film. After the guys prove to the ladies that they have stopped being irresponsible and want to change, they get back together with them.

Just then, Donald’s health takes a grave turn, and he is rushed to the hospital. Nisi and Mickey follow right behind him and head straight for his room, where Isaac greets them. He tries to pay them the money he initially owed them for their deception, but Nisi slaps the check away in disgust, and he tears it up and leaves. Tracy then brings them to Donald’s bedside, and though Nisi tries to tell Donald who she really is, he gently quiets her, and then he dies. Nisi and Mickey are initially heartbroken over how they never got the chance to tell Donald the truth, but Tracy reveals that he knew all along that Nisi wasn’t Lily’s granddaughter because Lily never had any children.

The next day, the girls pack up to head back to Georgia with their boyfriends. As they are saying goodbye to Manley, Tracy summons them – as well as Manley and Isaac – into the living room to go over Donald’s last will and testament. In it, he has left Nisi, Mickey, and Manley very large inheritances, and Isaac with no inheritance of any kind.

Nisi and Mickey open their dream hair salon/soul food restaurant in Beverly Hills, which they name “Lily’z”, with other ones scheduled to open in other parts of the country. Manley becomes their publicist, and Ali and James open a luxury cab service next door to Lily’z. 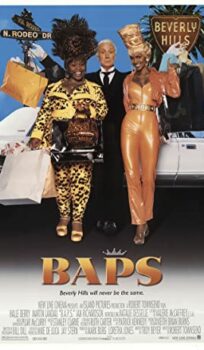