Mike (Will Smith) is being targeted by Armando Aretas (Jacob Scipio), the son of a gangster’s wife, Isabel Aretas (Kate de Castillo). Isabel wants revenge against Mike for putting her in prison and sends her son to assassinate those closest to him, including Captain Howard (Joe Pantoliano), who Armando executes.

Mike deduces that Armando is his own illegitimate son from an affair with Isabel while he was working undercover to take down her husband and sent them both to jail. Mike agrees to meet with Isabel and Armando, with Marcus (Martin Lawrence), Rita (Paola Nunez) and her team of new hotshot cops as backup.

During the credits, Mike visits Armando in prison and offers him the chance to work with him during his sentence. 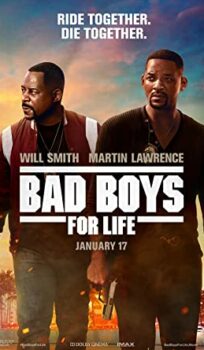