After Jay’s (Scott Speedman) family discover that Daisy (Evan Rachel Wood) is in fact an escaped psychiatric patient and that Jay is working at a janitor at a hospital, Jay steals his father’s vintage RV and he and Daisy hit the road.

Jay initially tries to leave Daisy at a train station but after calling her doctor (J.K. Simmons) to let him know where she is, Jay decides he can’t go through with it and picks her up. Jay and Daisy spend a few days together, driving to Texas, running away from cops, camping out and going to a fair together. Jay starts to have feelings for her and as Daisy tells him more about life with her mother he begins to suspect that Daisy isn’t schizophrenic after all but is suffering from post traumatic stress disorder.

Eventually Jay tells Daisy that they have to go back. Upset, Daisy crashes the RV. He takes her to a cafe and asks her to tell him how she killed her mother. Daisy explains that her mother had called out during the night and Daisy hadn’t gone to her. Jay tells her it’s not her fault and that she has to stop telling people she killed her mother or else she’ll never be allowed to go free. The police show up and arrest Jay.

Jay’s parents pay his bail and he tries to go see Daisy but her doctor won’t allow it so Jay pretends to attempt suicide so he’ll be committed to the hospital. The mafia boss Jay owes money, sends a thug to try to kill Jay. The man nearly succeeds but is stopped at the last minute by one of the other psychiatric patients Jay had befriended.

Daisy’s doctor confirms Jay’s suspicion that it was Daisy’s mother who heard the voices and not Daisy. After some deliberation he releases both Daisy and Jay from the hospital. Jay’s father gives him in the money to pay off his debts to the mafia boss and Jay and Daisy kiss before walking off together to start a new life. 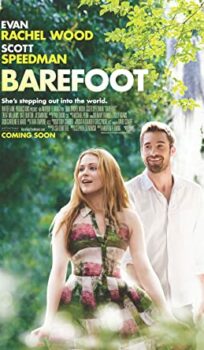