Catherine Tramell explains it all in the end (it’s also the plot of the new book she wrote.) Glass killed the journalist because he was having sex with his ex-wife (and had been having sex with her even when they were married.) He slashed his ex-wife’s (Denise) throat because she was a “slut”. He killed the drug dealer for some confusing reason and he shot the person he most wanted revenge on, Washburn, because he had lied about an ex-patient of Dr. Glass’s behavior which had led Dr. Glass to face ethical questioning and subsequently have a nervous breakdown.

Glass is found to not be mentally fit enough to stand trial for all the murders and the movie ends with him in a mental hospital. 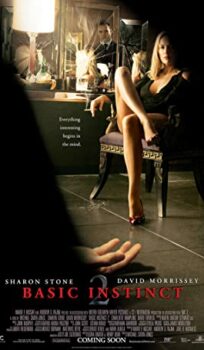