Court bailiffs (one of which played by Sigourney Weaver) seize and destroy all of the videos sweded by Mike (Mos Def), Jerry (Jack Black), and Alma (Melonie Diaz). With all hopes of saving the video store lost, everybody leaves saddened. Later however, Jerry returns to the store with all the Passiac residents who helped swede the movies to convince Mike to make his own movie. Mike gets to idea to do a documentary about Fats Waller, who was supposedly born in the video store. Mr. Fletcher revealed this wasn’t the case earlier, but Mike still wants to do it.

Mike and many of the residents make the movie and try to have a screening, however Jerry breaks to TV it is to be screened on accidently. Later, the DVD store owner walks in to let them borrow a video projector. Mike and Jerry put a sheet on the window to use as a screen and they screen the movie, which causes the demolition of the store to be postponed temporarily. The project manager walks in to tell them to vacate the building and Mr. Fletcher convinces him to put it off another 10 minutes to which he agrees. After the screening, Mike, Jerry and the others walk outside to see hundreds of people clapping and cheering for the movie since they could see it on the outside as well. The project manager walks to them happily and shakes their hand as it fades to black.

***It is safe to say the building was still demolished. 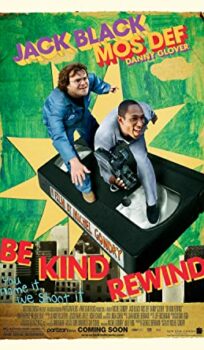