He did not set up the explosion that killed his subordinates and his mother. That was actually committed by Brian (Cha Seuong- won) a rival drug lord who hoped the power move would kill the real Lee and allow him to take up the mantle. Rak, enraged over his mother’s death and the wounding of his dog, gives Brian what he wants. He tortures him, psychologically breaking him, so he will confess to being Mr. Lee.

Won-Ho (Cho Jin-woong) realizes that Rak is the true mastermind, but is told by his superiors to take the dismantling of the cartel as a win; the alternate being they have to admit to the public that they were hoodwinked by a young kid who has disappeared.

Won-Ho tracks down Rak due to a GPS device he put in his dog. He finds him in a snowy cabin with the two deaf meth cook siblings. They sit with coffee, each pointing a gun at the other. Won-Ho asks Rak if he has ever been happy in his life. We return to outside the cabin, where a single gunshot is heard. The two siblings continue to play, unable to hear it. The film ends unclear whether it was Rak or Won-Ho that was killed. 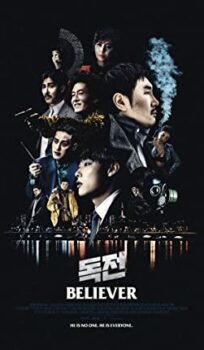