Short Ending:
Young Martin Bristol ends up remorselessly slaughtering the Miller clan (including their young daughter)  that Graham had spared, before returning home to kill his wounded “father” Graham too. The film ends with him looking out the window of his abandoned house, completely in the thrall of the evil spirits that motivated Graham.

Long Ending:
Young Martin Bristol (Spencer List) was born with the rare disease where he can’t feel any pain whatsoever (and apparently, is also mute). At about age 5, he is abducted by the psychotic Graham Sutter. We fast forward five years to find Graham, who under the control of evil spirits, captures and kills local townswomen. The two reside in an abandoned meat-processing plant, full of nasty meat hooks and killing devices. Graham seems to have some misgivings about the bad deeds he commits, and though he has Martin assist him in the killings and clean-up and occasionally abuses Martin, he seems interested in keeping Martin away from the evil spirits and treats him as a “son.”

Meanwhile, young Allison Miller (Alexandra Daddario) moves in with her Uncle Jonathan (Michael Biehn), Aunt Karen, and their daughter Wendy (who is roughly the same age as Martin). They live up the road from Graham’s “house,” not knowing the horrible acts he commits there. Allison’s parents died in a car crash. She rebels against Uncle Jonathan’s rules, striking up a relationship with fellow troubled youth William.

After an argument with Uncle Jonathan, Allison goes on one of her long jogs, and sees Martin in the window of the meat-processing plant. She goes in to try and help him, and discovers Graham’s secret notes detailing his murders of the women and kidnapping of Martin. Unfortunately for her, Graham comes home and manages to capture her. Although both Uncle Jonathan and William eventually manage to track her down to Graham’s house ( a feat the policemen are unable to duplicate), both are killed by Graham before they can rescue her. Graham is instructed by the spirits to cover his tracks, so he departs with Uncle Jonathan’s dead body to the Miller home to kill the remaining Millers and burn their house down to blame the deaths on the fire. Being mad that Martin has caused all this trouble, Graham stabs Martin’s hand to the table before he leaves.

Allison breaks out of her confines and frees Martin too. She carries Martin to her house, where her Aunt Karen lies bleeding to death after losing a struggle with Graham. She also finds that Graham has lit a fire that is consuming the house, and has deposited Uncle Jonathan’s body on the floor near Aunt Karen. Meanwhile, Graham approaches Wendy with a meat cleaver, but finally decides to disobey the spirits and spare her. Allison sneaks up from behind and stabs Graham a few times, although Graham manages to escape. She goes downstairs to find Martin and call for help, but Martin ends up killing her. Martin then finds and kills Wendy as well.

Martin returns home and murders Graham. Meanwhile, the police investigate and determine that the Millers all died in the house fire and presumably, that William simply ran away. Fortunately, the Miller family dog remains unharmed. Meanwhile, we see Martin nailing Graham’s bones to the wall, before staring menacingly out the window of the meat-packing plant while being under the influence of the evil spirits that had tormented Graham. 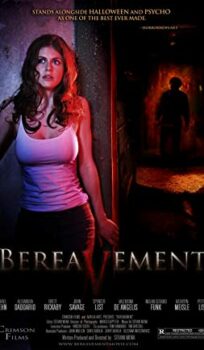