Jesse (Beverly Lynne) is framed and sent to prison because of The Living Dead Bandit.  Prison Matron Togar (Nicole Sheridan) is then contracted by the Bandit to make sure that Jesse doesn’t last.   Jesse is assigned to Bikini Chain Gang duty where Togar engineers Jesse’s escape, so she can then waste Jesse with impunity.  While on the lam, Jesse and her cell mate are caught by the Bandit where he reveals his nefarious plans for them and a double cross for Togar.  Togar shows up and takes down the Bandit, then looks to waste everyone until the Warden shows up and saves the day. 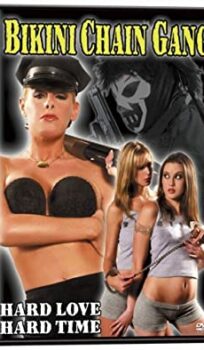