We open with a car arriving at a remote desert location. Three ladies step out – Trixie (Julia Voth), Hel (Erin Cummings), and Camero (Julia Voth). We also find a mobster, Gage (Michael Hurst) tied up in the trunk of the car. The girls are engaged in an attempt to steal a bag of diamonds which is hidden in the desert somewhere, part of a huge treasure cache Gage has stolen from his mysterious mob boss Pinky.

They torture the location from Gage and manage to find the treasure cache, whilst having to deal with attention from local law enforcement, a pair of other mobsters, and increasing infighting amongst themselves.

In amongst this we’re shown flashbacks detailing the con they pulled, then going back further to how they met – each one gradually revealing details of their past and their motivations. Hel, it turns out, is a secret agent who is on a mission to recover a cannister of nanotechnology from the cache and return it to the government. She plans to use the diamonds to fund her retirement with Trixie, the two having fallen in love.

Eventually, Camero goes off the deep end and starts trying to kill Trixie and Hel. Hel kills Camaro at the end of a prolonged fight before collapsing, exhausted.

Then we have a final twist – Trixie reveals herself to be Pinky, the lead mob boss. Gage stole her priceless samurai sword during the theft of the cannister and she’s arranged this whole thing partly to get it back, and partly just for the pure fun of tricking and double crossing everybody. Trixie climbs into her car and drives off as Hel can only watch in astonishment 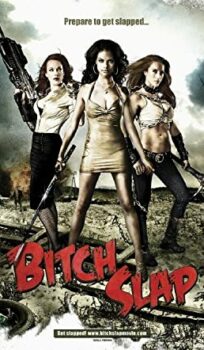