Frank Kavanaugh (Val Kilmer) is part of a conspiracy set by, amongst the others, Ms. K (Faye Dunaway), in order to kill the President of USA. Chloe Richards (Neve Campbell) is also part of the same plot and, actually, she’s not Frank’s wife. She was the shooter who caused Frank’s accident in the desert (she had to kill him, failing, because the plot was to be stopped), but she is killed by the other sniper.

In the end Frank, for the love of Liz (Amy Smart), kills his colleague, saving the President. Sheriff Kolb (Sam Shepard) understands eveything only when he sees Frank’s shot.

Frank and Liz meet in the desert, beginning their romantic escape. 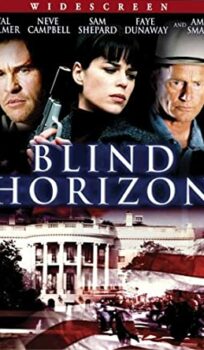