Blitz turns out to be Barry Weiss. a vengeful criminal that Tom Brant (Jason Statham) assaulted while arresting him.

Unable to get a conviction, Tom, along with Porter Nash, lure Barry into a trap, and shoot him with his own gun. They then make it look like a copycat killing (since Barry is dressed like a cop at the time). 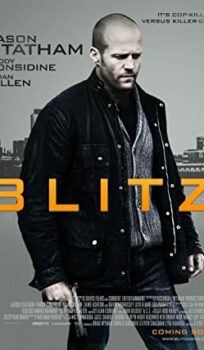