Evan Cole (Sean William Scott) is a social worker for high school children, a devoted husband, and a loving father to a newborn son, Andrew. He is also a serial killer, brought on years of trauma and abuse by his father, which culminated with Evan murdering his father and his mother, Marie (Dale Dickey) covering it up. Marie herself has murderous tendencies.

Evan goes after three men that abused his students in various ways, while Marie murders an abrasive nurse that was too hard on Evan’s wife Laurie. Things start to go wrong when Chris (Matthew Bellows), whose father Evan had killed, realizes Evan knows things he shouldn’t. Chris comes to kill Evan, but he is able to diffuse Chris from harming anyone.

Marie talks to Laurie, and makes her recall her terrible upbringing, alone and implied to have trauma of her own, reminding her that mothers do anything to protect their sons. Laurie claims to need a day away but calls Chris saying she is scared of Evan and asks to meet. When they do, she confirms Evan did kill his father, and shoots him dead, staging a suicide. Evan had followed her and smiles, realizing she is willing to protect the family.

Laurie posts a confession online, claiming Chris killed abusive adults, his father, and then himself. The suspicion of Evan dissolves with the suicide and confession. The film ends with Evan and Laurie watching their son in his crib, with the implied implication that unfortunately, Andrew will most likely inherit the family impulse to kill. 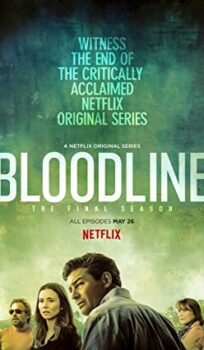