Ray Garrison (Vin Diesel) is an accomplished marine. When he returns to his wife Gina (Talulah Riley), they are captured and killed by a man named Martin Axe ( Toby Kebbell). Ray wakes up and is revived in the facility RST, run by Dr. Emil Harting (Guy Pearce). He tells Ray that they have added microbots called Nanites into his blood that allows him to regenerate, as well as giving him superhuman strength.

After Ray tracks down Axe and kills him, he is later reprogrammed with the same memory but with a different man’s face. This is because Harting has been fabricating memories to drive Ray to supposed revenge against his wife’s killer, when he is really using the faces of RST defectors to use Ray as a tool for his own means of revenge.

One of the target’s coders, Wilfred Wigans (Lamorne Morris), helps Ray figure out the truth. With the help of Harting’s assistant KT (Eiza González), who defects after seeing who Harting really is, they break Ray free from Harting’s control, and Ray kills Harting’s henchmen before killing Harting himself.

Wigans reprograms the Nanites in Ray’s body after he drains them during his fight with Harting, and the two continue to work with KT. 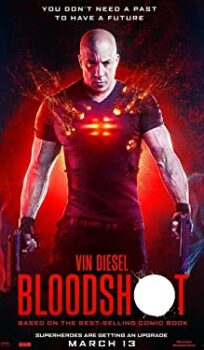