Joannah (Erin R. Ryan) is the daughter of the uncaught serial killer that had terrorized the town of Brookhaven in the 1980’s and early 90’s. Knowing her father was a killer, and being around his victims drove her insane and made her unable to connect normally with people. She kidnapped Quinn (Haley Madison) apparently to gain a friend, someone that wouldn’t leave.

However, Joannah begins to unravel once she realizes Quinn’s family is looking for her. Returning to the barn where she has tied up Quinn, she becomes angry at Quinn’s silence and her looking out a window, thinking Quinn will leave her. In a blind rage, Joannah crushes Quinn’s skull with a pair of bolt cutters. She breaks down sobbing, immediately regretting losing another potential “friend”. She dismembers Quinn’s body and buries it in the forest.

Back at her apartment, Joannah opens a photo album labeled “Friends” which is filled with licenses of young women. We realized that Joannah has continued her father’s murderous work in her search of companionship. She adds Quinn’s license to her collection.

In a post credit scene, Joannah sees a woman accidentally spill her groceries in a parking lot. Joannah goes to help, and the woman thanks her, mentioning she is new to town, and doesn’t know anyone. Joannah tells her there is no reason not to be friendly, implying she will target this woman next. 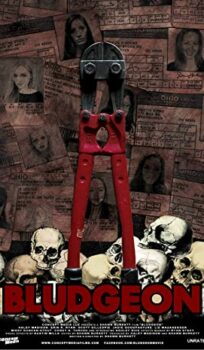