A Secret Service agent Jeremy Reins (Stephen Dorff) wakes up in a glass box in the back of a car. He has no means of communications outside of a old CB radio. Numbers tick down on a counter above him. His kidnappers want one thing: the location of “Roulette”, the place where the presidential cabinet, including the President and VP go in case of a terrorist attack. They have set off car bombs around DC to force the cabinet to the location. Jeremy refuses to give up the location, even with the lives of several hostages laying in the balance including his wife Molly (Chyler Leigh).

Eventually Jeremy finds out his friend Ben Reynolds (Tom Berenger) is in on it just as he begins to drown in the explosive liquid. Suddenly, a team opens the back of the car and pulls him out. No one has been killed and Molly is alive and well. Ben shows up and reveals it was the ultimate test to prove that Jeremy was ready for Presidential detail. Everything he experienced was faked. They put him an ambulance with Molly so he can get treatment for a gunshot to his leg he got earlier.

On the way to the hospital, Jeremy sees the Washington Monument and smiles. Molly asks if that where “Roulette” was and Jeremy replies it doesn’t matter anymore since it wasn’t real. Shockingly, Molly pulls out a earpiece and confirms to her handlers that they heard the location of “Roulette.” Molly, Ben, and everyone else Jermey saw are actually sleeper agents. THE PLOT IS REAL. Molly is ordered to kill Jeremy and presses a mask pumping gas onto his face to kill him. It can presumed that the organization that planned the attack will go through with it, killing the President and his cabinet and thus destabilizing the nation. 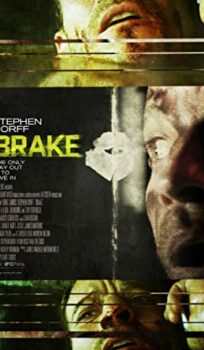