Insurance lawyer James B. Donovan (Tom Hanks) defends Russian spy Rudolf Abel (Mark Rylance) against charges of espionage. Though Donovan loses the case, he personally prevails on Judge Byers (Dakin Matthews) to spare Abel’s life so that the spy might be used in a prisoner exchange.

When Francis Gary Power’s (Austin Stowell) U-2 spy plane is shot down, the opportunity to trade Abel arrives. CIA Chief Alan Dulles (Peter McRobbie) asks Donovan to negotiate the exchange in East Berlin as a private citizen, so that the U.S. is not seen as legitimizing the German Democratic Republic.

Coincidentally, an American graduate student, Fredric Pryor (Will Rogers) is detained in East Berlin when he is caught trying to evacuate his girlfriend and her father prior to the completion of the Berlin Wall.

Against the CIA’s objections, Donovan is able to play the GDR officials and the Soviet officials off of one another and exchange Abel for both Pryor and Powers.

At the end credits we learn that Abel was reunited with his family, Powers died in a helicopter crash while working for a news station (but was posthumously awarded a Silver Star and the CIA’s Director’s Medal) and Donovan was asked by President Kennedy to negotiate the release of prisoners from the aborted Bay of Pigs invasion. 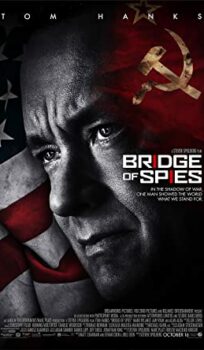