The group slowly self-destructs as their reckless ways catch up to them. With the start of World War II, the party finally ends.

Agatha has a breakdown and is committed. Miles (Michael Sheen) is forced to flee the country to avoid prosecution when letters to his male lover are discovered. Simon (James McAvoy) commits suicide when he loses his job as paparazzo. Adam sells his promise to never approach Nina (Emily Mortimer) again to her finance Ginger (David Tennant) for the price of his hotel bill.

After the war, Adam returns to find Ginger about to be prosecuted for black-marketeering during the war, and uses the money he has finally come into (he found the Major) to let Ginger flee the country in return for his divorcing Nina and letting Adam adopt their child (who is in fact Adam’s). 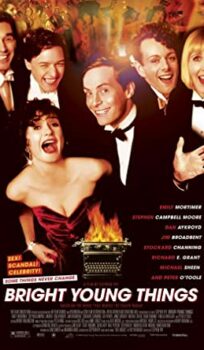