Don Johnston (Bill Murray) decides to follow the plan, made by his neighbor Winston (Jeffrey Wright), to visit the four women who could have sent him the letter. After many flights and car rentals later, none of the women result in any promising leads and Don returns home. Outside of a restaurant, Don sees a young man he saw at the airport the night before. Thinking the kid is his son searching of him, Don buys him a sandwich. The kid is not Don’s son. Just before the credits roll, another young man, in a jogging suit like Don’s, slowly drives by and they make brief eye contact. 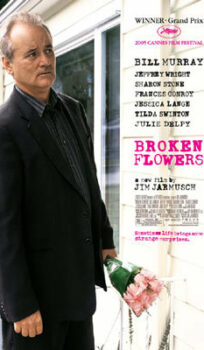