Hope (Nadja Brand), a single mother, is kidnapped by The Man (Eric Colvin).

In order to survive, and find out what happened to her daughter, Hope endures physical and sexual abuse by The Man. The Man is apparently interested in keeping her a slave, broken to his whim.

The Man kidnaps another woman, Holly (Abbey Stirling). When Holly screams too much, he cuts out her tongue. Holly eventually tries to run, resulting in The Man catching and killing her.

When he returns to camp, he sees Hope out of her chains and holding a pipe. He mutters that Holly ruined their camp. He then lets Hope kill him though saying outside of camp is not safe. Hope bashes his skull in.

Hope starts to walk out of the forest when she finds a shed, and sees The Man had been keeping her daughter Jennifer in there. Hope starts to break the door down, not knowing The Man booby trapped it with a nail projectile. When the door is finally breached, the trap springs, shooting Hope in the face with nails. While not killing her, it has left her horribly disfigured and blind. She calls out to her daughter in agony as the film ends. 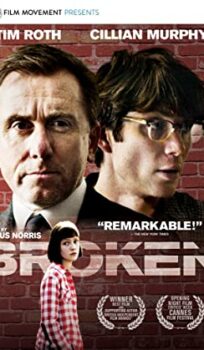