Bronco Billy (Clint Eastwood) has a run down, second rate traveling Wild West Show.  His female assistants keep quitting, due to injuries in the show.  Antoinette (Sondra Locke) is a spoiled, stuck up rich girl.  Her husband abandons her with no money in the middle of nowhere.  She gets a ride with the show in return for being Billy’s assistant for one night.  She turns out to be great in the show.  Antoinette learns their secrets. Running Water is not really native american, just pretending. Several have criminal records. Billy was a shoe salesman from New Jersey, who got fed up and decided to start this show.  At first, Antoinette is rude and condescending with them.

Antoinette sees in the news that she is believed dead, and her husband has been charged with her murder.  She decides to let him fry, and stay hiding in the Wild West Show.  She also sees a different side of her companions. Billy sincerely wants to be good role model for the small boys who come to the show. Although they are always broke, they do free shows for orphans and those in need.  Most of all she sees how Billy is like a father, watching over and protecting his crew.  They are outcasts, and the show has become a caring family.

In one show, a boy playing with matches starts a fire.  Their show tent burns down, so it looks like they will be out of business.  However, Billy has a friend nearby who runs an insane asylum where the patients work sewing.  The show stays there a few days, while a new tent is being sewn.  Getting back to Antoinette’s husband- he got off the murder rap by pleading insanity.  He is now in this asylum.  He sees Antoinette alive, and quickly has his lawyer there.  Antoinette goes back to her family in New York.

Antoinette is the heir to her father’s fortune.  Her stepmother, the lawyers, and everyone else around her is just after her money.  Running Water calls her, and tells her that Billy needs her.  Antoinette realizes she was happier traveling with the show.  She goes back west and joins the show again. 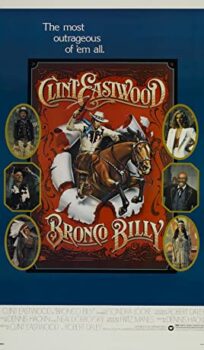