Doc (Will Geer) realizes that John Kane (Sidney Poitier) is now much more than human. He visits John in his jail cell and tries to find out what John’s real purpose was in coming back to his home town in Alabama.

John talks of his travels all over the world, and all the horrors and suffering he has seen. He speaks of human beings as maggots on an apple, and seems horrified that such an awful species as man is now leaving Earth and entering outer space.

John speaks as if he represents some mysterious power that hates humanity (God? Aliens? It is never made clear) and is considering wiping us out. Doc pleads that man is capable of goodness and love, but John sadly says that may not be enough.

Doc opens the jail cell and lets John go free, but as the movie ends, he still wonders if all humanity will soon be exterminated. 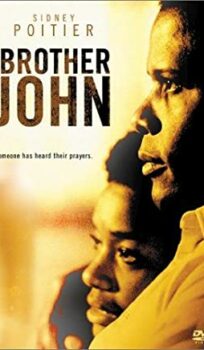