The film follows three workers at a doll factory in Ohio: Martha (Debbie Doebereiner), a middle-aged woman caring for her elderly father; Kyle (Dustin James Ashley), a shy young man who is Martha’s only close friend; and new employee Rose (Misty Dawn Wilkins), a young woman with a toddler daughter. Martha appears to dislike Rose and reluctantly accepts when Rose needs a babysitter. To Martha’s shock, Rose is going on a date with Kyle. Rose steals money from Kyle’s dresser. Rose goes home and is confronted by her ex-boyfriend, who accuses her of stealing money from him. They argue in front of Martha.

The next day, Rose is found dead in her home. She was strangled and there is no sign of forced entry into the house. Rose’s ex-boyfriend and Kyle are interviewed by a detective and deny any knowledge of the crime. Meanwhile, Martha is pawning some family jewelry in order to buy fishing gear for Kyle. She goes to Kyle’s house to give him the gear and learns of Rose’s murder. To both Kyle and the detective, she insists she knows nothing.

In an interrogation, the detective tells Martha that the fingerprints around Rose’s neck are a match to hers. The detective urges her to confess, but she proclaims her innocence. The detective visits Martha’s father to inform him she has been arrested. Kyle visits Martha in prison. She begs for his help, saying she knows nothing about the murder and is innocent. Kyle seems wary of her. Later on, in her cell, Martha has a vision of herself standing over Rose’s corpse, muttering, “Oh my God”. 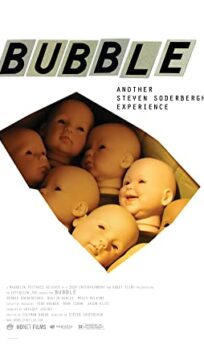