Lieutenant Bullitt is in charge of protecting Johnnie Ross.  Johnnie Ross is a mob informer who is going to testify before a senate committee investigating organized crime, and the Chicago mob wants him dead before that.

Gunmen break into the hotel room and shoot a police officer and Ross.  Ross survives and is taken to the hospital.  The hitman returns and finishes Ross off with an ice pick.

Bullitt is left with 2 questions. How did they know where Ross was when only he, Senator Chalmers and his trusted officers knew? Why did Ross unlock the hotel room door to let the hitman in?  Bullitt recreates Ross’s last day alive, taking the same cab through the city, using the same pay phones etc…  Ross’s last phone call was to a Dorothy Renick.

When Bullitt goes to see her, he finds her dead in her hotel room.  At one point, the 2 hitmen are following Bullitt in his car.  He turns the tables on them, and is soon chasing them.  He ends up running them off the road where both hitmen die in a fiery crash.

Searching Dorothy Renick’s  luggage, they realize that the dead man is not really Ross, it is Mr Renick.  Ross was skimming money from the mob.  He paid off Renick to take his place for a while.  Renick opened the door thinking it was Ross coming to replace him.  Ross really wanted Renick dead, so the mob would think Ross had died.  Ross is trying to leave the country using Renick’s identity.

They rush to the airport, where the real Ross is already on his plane.  They make everyone get off the plane.  Ross, seeing the police, opens the back door of the plane and makes a run for it.  Bullitt chases him all over the airport. Eventually, Ross pulls a gun, but is shot dead by Bullitt. 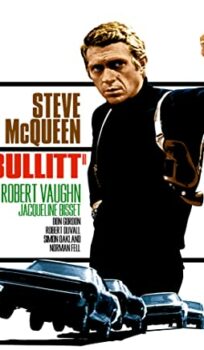