In 1987, the Autobot B-127 arrives on Earth in the middle of the war on Cybertron, having been sent by Optimus Prime to seek refuge for the other Autobots. He is found by Sector 7 agents led by Jack Burns (John Cena) before the Decepticon Blitzwing attacks and removes B-127’s voice box. He kills Blitzwing and starts to lose his memories before taking on the form of a Volkswagen Beetle.

Teenager Charlie Watson (Hailee Steinfeld) finds the Beetle at her uncle’s shop and brings him home. When she discovers that her new car is a giant robot, she befriends him and names him Bumblebee. She soon learns that Bee is from Cybertron and is in the middle of a war. Her friend Memo (Jorge Lendeborg Jr.) also gets in on the secret as he learns what Bumblebee really is.

Two Decepticons, Shatter and Dropkick, pick up a reading on Bee’s signal and head to Earth to find him so they can find out where the Autobots are heading. They team up with Sector 7 to access their technology to find him. They manage to track Bee down because of his Energon signal, and he is brought in to Sector 7. Charlie helps free him, but Shatter and Dropkick now know the Autobots are heading to Earth, and they plan to destroy both the Autobots AND the humans by contacting the other Decepticons and bringing them to Earth as well.

Bee and Charlie head off to stop the Decepticons. Bee fights Dropkick and rips him to pieces with a chain, while Charlie disables their communication device. Bee grabs Shatter and destroys her by breaking open a dam and having a ship crash into her. Burns then lets Bee and Charlie go free since Bee saved him.

Charlie and Bee have to part ways since she knows that his Autobots need him. She returns home to fix up a car left by her late father, while Bumblebee joins Optimus as they await the other Autobots. 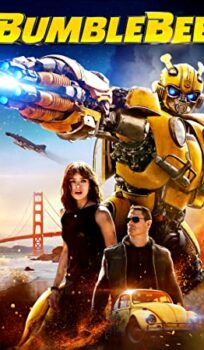