Don (Edward Albert), a blind man, has moved to an apartment in the city to escape his overprotective mother, Mrs. Baker (Eileen Heckart, who won an Oscar for Best Supporting Actress). She has agreed to give him three months to make it work but keeps threatening to visit him. Jill (Goldie Hawn) moves in next door and the two end up spending the entire day (and then night) together. Don’s mother shows up in the morning and disapproves of Jill, the apartment, and Don’s attempts to live on his own. Despite her admonitions, Don and Jill agree to have dinner at his apartment at seven.

Mrs. Baker takes Jill to lunch. Just as Jill begins landing some punches about how Mrs. Baker is holding Don back from experiencing life, Mrs. Baker makes some astute observations about Jill’s wayward lifestyle and inability to commit to anything that unnerve Jill. Mrs. Baker asks Jill to please not break her son’s heart.

Jill goes to an audition and fails to show up for dinner at seven. Mrs. Baker desperately tries to convince Don to move back in with her but he holds out hope that Jill will come. Jill does eventually come, but with Ralph (Paul Michael Glaser), the director from her audition, in tow. Jill announces that she is moving in with Ralph and is clearly now in a relationship with him even though he’s not very nice.

Jill goes to pack and Don is clearly heartbroken. He tells his mother that he is ready to come home now, but she tells him she can’t let him do that. She finally understands why he wanted to be alone in the first place and that Jill was right—she is holding him back. Mrs. Baker hugs her son and leaves, encouraging him to work through the heartache and continue living his life.

Now finished packing, Jill comes in to say goodbye. She apologizes for Ralph’s rude behavior earlier, prompting Don to point out that for someone who claims to like Ralph she doesn’t seem to think very highly of him or his behavior. This starts an argument in which Jill admits that she is no good for Don because she’s worried she would just run away. He points out that this is exactly what she’s doing anyway and she’ll never be happy if she never gives herself the chance to find out what would happen if she stayed. Jill leaves to meet Ralph, but comes back moments later saying she broke it off with Ralph and will be staying with Don. 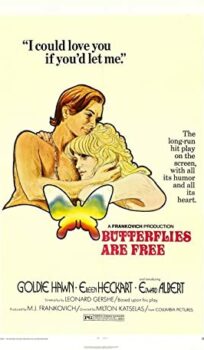