Short pooper:
Roy (Jason Priestley) does get the date with Marilyn Monroe (Stephanie Anderson; voiced by Cortney Page) but then relents and gives the honor to Bleuer (Gabriel Olds), who has a terrific night in which the farthest he gets with Marilyn is sharing a kiss with her and, then, brings her home. Afterward, the trio of friends returns home, only to learn Marilyn has died. By the end of that summer, they all carry on with their intended original plans: Scott (Jerry O’Connell) marries his high school sweetheart, Roy joins the Army, and Bleuer goes to college, where he starts a relationship with a fellow female student upon participating in a phonebooth jam-packing game.

Longer version:
Marilyn Monroe changes her mind about having a date with one of the three boys after initially saying no when Roy snuck all the way to her bedroom to try and woo her in person. After a lot of debate and quarreling, Roy -the self-appointed ladies’ man of the group- is chosen as the lucky one to spend the night with the coveted superstar; however, seeing how Bleuer truly idolized her and didn’t want to just get into her pants, like he himself only cared for, Roy turns the chance down and lets Bleuer go in his place.

Throughout the film, Bleuer had been the narrator of the bulk of the story in voiceover; at this point, he recounts how that was one of the best nights of his life and how, beyond the glamour and stardom that surrounded her, he was able to see the humble, down-to-earth and melancholic human being Marilyn was and how she just hoped for people to see her for who she really was. The most heated moment between the two is a tender kiss they share at the beach, after which he brings her home, and they thank each other for the wonderful time. Roy appears to be “disappointed” about Bleuer not “scoring” with Marilyn but, deep down, feels happy about his decision.

A couple of days later, after bidding farewell to Roy’s wacky uncle, Harvey (Joe Pantoliano), the boys make a speedy drive back home but are saddened upon finding out that Marilyn was found dead of a drug overdose in her bedroom. Roy climbs into the ring, as he routinely did, to box with his father one last time; but they both end up crying and sharing a tender moment about Roy’s pending departure to the Army, which happens shortly after, with Scott and Bleuer seeing him off at the train station. Also, Scott marries his high school girlfriend, Becky (Emily Warfield). And Bleuer goes on to attend college. Each boy followed their own path and went their separate ways.

The movie goes back to the beginning, where Bleuer sees a group of students cramming themselves into a telephone booth as part of a crazy game in which as many people as possible fill the booth to see how many can get in. Having been changed by his experiences of that summer, Bleuer lets himself go and joins the madness; this calls the attention of a girl on campus who witnesses it, and the movie ends as Bleuer mentions that he went on to go on a date -and, possibly, pursue a relationship- with her. 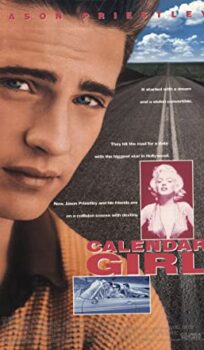