When Polk (M. Emmet Walsh), on a tip from Lt. Hendricks (Thomas F. Wilson), comes to the camp to get the last payments Dennis (Christopher Lloyd) owes him for his car, the fake camp is uncovered courtesy of his and Morris “Mud” Himmel’s (Jonathan Jackson) parents’ bumbling. The cops and the kids’ parents are called in, and when Morris goes to see Dennis to warn him about the cops wanting to talk to him, he finds he is about to seemingly leave town. Dennis talks to Morris for a bit and leaves a couple of words of wisdom before driving away.

When Morris returns to the camp along with Dennis’ love interest Celeste (Wendy Makkena), he finds Dennis is there, explaining himself to the cops and the parents and trying to cover up the truth behind the camp’s existence. Morris decides enough is enough, and tells the parents that the camp was his idea, and he tells his father that although he is smart, it doesn’t mean he can’t act stupid. The other kids soon stand by his side, saying that if he is guilty, so are they. No charges are filed against Dennis, and Morris gives Polk the remainder of the camp’s funds to cover the payments on Dennis’ car. Morris’ father finally accepts his son for who he is and not what he wants him to be, and shows it by presenting him with a comic book.

Dennis and Celeste soon appear together in the car Zach (Andrew Keegan) restored during the summer, which he intended to own and drive himself, but Zach tells Morris he is giving the car away to Dennis until he graduates, which pleases his love interest Trish (Marnette Patterson) since it means he isn’t dropping out of school like he originally planned. The two kiss, and Zach rides home from camp with her family. Dennis and Celeste say their goodbyes to Morris before they leave, and Dennis tells him how he kind of enjoyed the whole experience. Morris and Gaby (Melody Kay) also share a kiss with each other before they depart. 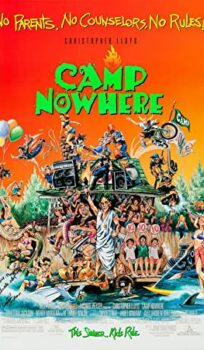