Pooper:
Alexander Pierce  is the secret leader of Hydra and takes control of SHIELD. Captain America, Falcon, Black Widow, Maria Hill, and Nick Fury manage to kill Pierce and stop Hydra’s plot, disbanding SHIELD and exposing all SHIELD secrets in the process. The Winter Soldier is actually Bucky, who had been saved and brainwashed by Hydra to serve as their assassin. At the end, the Winter Soldier begins regaining his memory after saving Captain America’s life.

Long Ending:
Steve Rogers, aka Captain America (Chris Evans), is having trouble dealing with the lack of honesty and integrity of SHIELD, the world’s premiere military defense unit. He feels that he can’t fully trust SHIELD’s Director Nick Fury (Samuel L. Jackson) or his closest co-workers, fellow SHIELD Agents Natasha Rominov, aka the Black Widow (Scarlett Johansson), and Brock Rumlow (Frank Grillo). He is resentful that Fury assigned Black Widow to achieve a secret objective during a mission to take down pirate-mercenary Batroc, and that her secret objective ended up compromising their mission. His only friend is  his former love interest Peggy Carter (Hayley Atwell), who is now an invalid and elderly. Steve also begins to bond with Sam Wilson (Anthony Mackey), a retired military pilot who is recovering from PTSD after his friend was killed in battle. In an effort to make Captain America feel more at ease, Nick Fury reveals the nature of the Insight program to him. The Insight program involves the creation of three new heavily-armed heli-carriers that will police the globe and stop crime before it happens. Captain America is frustrated, saying that these war machines will be used to curtail people’s liberty and freedom in the name of security.

Nick Fury begins to suspect that there are people infiltrating SHIELD and enacting sinister plans. Fury has fallen out of favor with the heads of the world security council, and is only kept in his post by the efforts of his friend and council-member, Alexander Pierce (Robert Redford). Fury decides to confide his suspicions with his second-in-command, Maria Hill (Cobie Smulders). Before they can meet, Nick Fury is attacked by a group of assassins led by the mysterious Winter Soldier (Sebastian Stan). Fury escapes and hides in Steve’s apartment. He hands Steve a jump-drive and tells him to trust nobody. Before he can explain further, the Winter Soldier uses a sniper rifle to kill Fury. During the commotion that follows, Steve learns that Fury had been spying on him, even assigning an undercover SHIELD operative named Sharon (Emily VanCamp) to live next to him and report on his whereabouts.

Pierce interrogates Steve about Fury’s death. Steve lies to Pierce, deciding ultimately to believe in Fury’s warnings. Pierce realizes that Steve is keeping secrets and orders Brock and his fellow SHIELD unit to take Captain America in custody. Of course, Captain America overcomes his would-be captors and escapes SHIELD custody. He is soon tracked down by Black Widow, and the two form an alliance to try and figure out who ordered Fury’s assassination. The jump drive appears to contain traces of a digital artificial intelligence, and they trace the location of the files to the old army base that Steve served in during WW2. As they travel to the base, Steve and Natasha actually bond with each other and become friends.

When they arrive at the base, they discover that it hides the secret headquarters where SHIELD was founded. They activate the computers in the HQ, only to be discover that the artificial intelligence on the jump drive is based on the brain scans and memories of Arnim Zola (Toby Jones). Zola was an agent of Hydra, the evil organization led by the Red Skull during WW2. Zola says that after the war, SHIELD hired him to help develop their technology. He says that since that moment, agents of Hydra infiltrated SHIELD and have been increasing their power ever since. Zola alerts his Hydra operatives as to the heroes location, and the headquarters are blown up by his compatriots (thus killing Zola). Captain America and Black Widow barely escape with their lives.

Having nowhere else to turn, they return to Washington D.C. and hide out with Sam Wilson, who decides to aid them in exposing Hydra. It turns out Sam piloted a flying suit and is codenamed the Falcon. They eventually deduce that Pierce and several other high-up SHIELD officials are actually undercover Hydra operatives. On Pierce’s orders, the trio is soon located and attacked by the Winter Soldier and his group of assassins. During battle, the Winter Soldier’s mask is ripped off, revealing that the Winter Soldier is actually Steve’s best friend and former war hero Bucky Barnes. Although everyone, including Steve, believed Bucky had died in battle against Hydra during WW2, his body was recovered by Zola. They rebuilt and enhanced Bucky (replacing his missing arm with a cybernetic appendage) and brainwashed him into being Hydra’s personal super soldier. In between assassination missions, they put Barnes in a state of suspended animation – thus explaining how he is still alive and as young as Captain America. After each mission, they brainwash Bucky, so he has no memory of his former life as an American hero and friend of Steve Rogers.

It is revealed that Brock and his team are undercover Hydra agents. They capture the heroic trio during the confrontation with the Winter Soldier. Pierce orders their deaths, but the trio is saved by Maria Hill, who had infiltrated the group. She takes them to a secret bunker, where it is revealed that Fury is still alive. Fury and Hill have discovered that Pierce intends to activate the heli-carriers, which will then covertly target and kill innocent people throughout the globe. People will then turn to SHIELD for security and give up their freedom willingly, never knowing that with Fury “dead,” Hydra is actually in charge of SHIELD. To foil their plans, the group must replace Hydra’s targeting computer chips with those developed by Fury and Hill. Once inserted, the heli-carriers will attack and destroy each other rather than innocents. Captain America agrees to lead the mission, but only on the condition that Fury will dissolve SHIELD and expose SHIELD’s secrets to the world. Fury begrudgingly agrees and they embark on their mission.

The World Security Council, unaware of Pierce’s true allegiance, arrive in person to activate Project Insight. Black Widow is undercover as one of the council-members, and she manages to kill Pierce’s bodyguards and take him hostage. She and Fury, who shows up after she has taken control of the command center, expose all of SHIELD’s secrets to the internet (despite the fact that this will reveal Black Widow’s sordid past to the world).  Captain America is patched through to SHIELD’s intercom and asks all SHIELD agents to join him in his fight against Hydra. Thanks to the loyalty and bravery of a computer programmer and Sharon, the SHIELD agents take up arms and begin fighting with the undercover Hydra agents. Meanwhile, Captain America and the Falcon each replace the targeting computer chip in two of the heli-carriers.

On the third heli-carrier, the two are confronted by the Winter Soldier, who disables Falcon’s flying suit and throws him off the heli-carrier (after which, Sam parachutes to safety). While Sam is then attacked by Brock, Steve fights Bucky on the heli-carrier, begging him to remember his past. Bucky does not respond to his former friend’s pleas and the two wound each other. Meanwhile, the building where Brock and Sam fight begins to crumble, with debris crushing Brock. Pierce also manages to kill all the other members of the World Security Council before he is fatally shot by Nick Fury (his dying words being “Hail Hydra!”).

Captain America eventually gains the upper-hand and replaces the last targeting chip, causing the heli-carriers to attack and destroy each other. Steve faints and falls into the Potomac River where he will drown. At the last moment, Steve is saved from death by Bucky, who has seemingly regained some semblance of his humanity. After saving Steve’s life, Bucky disappears without a trace. Natasha and Fury save Sam from the crumbling building and the day is saved.

We then have a quick montage to see that SHIELD has been disbanded, various other Hydra agents have been arrested, Sharon has joined the CIA, and Brock is still alive though horribly disfigured. Fury burns his last remaining mementos from SHIELD, including his iconic eye-patch. He and Black Widow decide to venture off and continue to engage in espionage, but this time, on their own terms (the world still believes Nick Fury to be dead, thus giving him anonymity he had not enjoyed for years). Steve vows to find and help Bucky, and Sam insists on joining him in his pursuit.

There are also cameos made by Garry Shandling, Georges St.-Pierre, Danny Pudi and, of course, Stan Lee.

Post Credit Scene 1:
In an underground lair, a Hydra leader named Baron Wolfgang von Strucker talks with his minions about the fall of Hydra, noting that they must stand on their own now. We see they are in possession of and have harnessed some of the alien technology from the invasion of New York in the Avengers (possibly including Loki’s staff). His underling asks what will become of their “experiments.” He says that the failures will be buried so deep, their bodies will never be found. When the underling asks about the “successes,” von Strucker smiles menacingly and says that they will be of great use to him. The cameras then show us Quicksilver and the Scarlet Witch kept in separate cells and using their powers (and apparently, are loyal to von Strucker).

Post Credit Scene 2:
We see Bucky in disguise as he walks through the Captain America exhibit in the Smithsonian, seemingly in shock to learn of the heroics he performed alongside Captain America during World War 2 and on display in the exhibit. 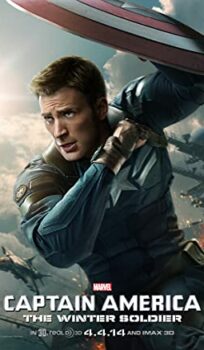