Once Captain Ron (Kurt Russell) and the Harveys arrive in San Juan, Martin (Martin Short) fires Ron, having grown tired of him and his antics. Shortly after the Harveys leave on their continuing journey to Miami, Caribbean pirates attack them, steal their ship, and leave them floating on the ocean in an inflatable raft.

The raft eventually drifts into a harbor in Cuba, and Ben (Benjamin Salisbury) discovers that their ship is anchored nearby, and the pirates are looting it. While thinking about how to get the ship back from the pirates, Captain Ron appears, and with his help, they outsmart the pirates, get on the ship, and sail away. During all of this, Ron learns that Martin is underrated by his family, so once they are all on the ship, he fakes a leg injury so Martin can take control in their escape from the pirates, who are in hot pursuit.

In Miami, the Harveys and Captain Ron pleasantly part ways. The Harveys then pilot the ship towards the marina to meet their yacht broker, but as they get closer, they decide to keep the ship, having enjoyed their experiences on it too much. They turn the boat around and sail off for no fixed destination. As they go, a young couple in their own boat watches them with envy. Then, Captain Ron – all cleaned up with his hair tied back and wearing a suit – pops up in their boat, and he decides to take them out for a spin. 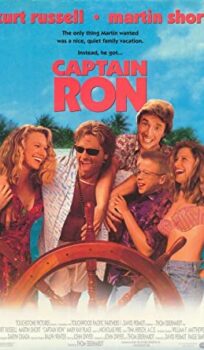